Like Vietnam itself, Phu Quoc Island has a varied history with numerous nations occupying the island over the past couple of centuries, including Vietnam, Cambodia, France and America. Phu Quoc Island forms part of Vietnam, and even though the island was an area of dispute between Vietnam and Cambodia as recently as the late 1980’s, Vietnam today is nurturing the island as the next big eco tourist destination.

Up to the mid 1750’s Phu Quoc island was sparsely populated with the local population making a living off fishing the rich waters surrounding the island and harvesting and trading of sea cucumbers. Phu Quoc was famous for its sea cucumbers, shipped by Chinese merchant junks from Phu Quoc to the even the Emperor of China for many years.

From the 1760s through to the 1780s, the French missionary Pigneau de Behaine was based on Phu Quoc and it was during this time that he sheltered Prince Nguyen Anh when he was hunted by Tay Son. From 1782 to 1786, Phu Quoc became a stronghold of Lord Nguyen Anh, who later recaptured the mainland from the Tay Son and become Emperor Gia Long in 1802.

During the mid 1800’s, records show a total of 12 villages on the island of Phu Quoc some of which still exist today, including Duong Dong, Ganh Dau and Cua Can.

In 1869, Phu Quoc was occupied by the French and came under the administration of the Governor of Cochinchine. During this time the French set up rubber and coconut plantations on the island, though population records advise that less than 1000 people resided on Phu Quoc approaching the late 19th and early 20th century, of which most of these people inhabited remote fishing villages.

The temple on Dinh Cau rock was built in 1937, and by the end of the Second World War in the 1940’s the population of Phu Quoc was still less than 5,000. There is evidence even today that the population during this time was centered around Duong Dong Town where the French commenced trading activities during their occupation of the island. In 1949, the French enacted a law passing the island of Phu Quoc from the administration of the French to the Vietnamese.

During the time of the American war the local population had increased to around 15,000. The Americans had taken over where the French left off and expanded Coconut Tree Prison (Cay Dua Prison) near An Thoi Town, to an area covering 400 hectares and housing 40,000 P.O.Ws, most of which were repatriated to the mainland at the end of the American War in 1975. Coconut Tree Prison remains one of the most visible historical places on Phu Quoc, and still operates as a prison today.

On May 1, 1975, Khmer Rouge soldiers raided and took Phu Quoc Island, however, Vietnam soon retook the island and the Vietnam-Cambodian War had begun. While this war missed the headlines, the Vietnamese forces eventually captured Phnom Penh in 1979, bringing about the downfall of Pol Pot. During this time, Phu Quoc became a stronghold of over 50,000 military personnel based mostly in the north of Phu Quoc Island. The discord faded when Vietnam withdrew its troops in the late 1980s.

Today, Phu Quoc Island is harnessing its remarkable potential as the next tourist destination, with plans for an international airport by 2010, development of modern infrastructure and extensive tourist resort facilities by the year 2020 with an expected 3 million tourists annually.

Phu Quoc Island is located in the Gulf of Thailand forms part of the Vietnamese province of Kien Giang, with the closest Vietnamese town of Ha Tien being 46kms away, Rach Gia the capital of Kien Giang Province is 115kms away and Laem Chabang (Thailand) is 540kms away. The island covers an area of 567 km² and is about 50 km long north to south, between 3kms wide in the south and 28kms at its wide point (west to east) in the north. Phu Quoc is situated at 10°01′-10°27′ north latitude and 103°51′-104°50′ east longitude.

Phu Quoc is actually closer to Cambodia than Vietnam, just 18kms from the Cambodian Province of Kampot, which can clearly be seen most days from Ganh Dau Beach in the north of Phu Quoc.

Phu Quoc is both the largest of all Vietnamese islands as well as the largest island in the Gulf of Thailand. The island forms an archipelago of 22 islands of all sizes

Phu Quoc is called both the Emerald Island because of its triangular shape as well as the island of “99 mountains” because of its many sandstone chains gradually descending from the north to the south. The longest one is Ham Ninh which stretches for 30 km along the eastern edge with its highest peak called Mount Chua (603m). The second highest peak is Mount Da Bac (448m) which is 20kms due south of Mount Chua, on the east coast of the island.

Vietnam is known as the land of smiles and Phu Quoc is no exception. Everywhere you go you will be welcomed by smiles and kind help from locals whether you know Vietnamese or not. Although tourism is transforming the island district from its war torn past, Phu Quoc is now and will continue to be linked to the fishing industry and this is reflected in the islands vibrant culture. To absorb some of Phu Quoc’s diverse culture, head over to the coastal fishing communities, places of worship, and the wet markets found throughout the island archipelago. Here are some culture activities you can experience while on Phu Quoc:

FISH SAUCE FACTORY: Phu Quoc is world renowned for producing the best fish sauce (Nước mắm Phú Quốc) on the planet and you can tour a fish sauce production factory.

CAO DAI TEMPLE: The mystical religion of Cao Daism is said to have started right here on Phu Quoc Island and can visit the temple during your stay on the island. 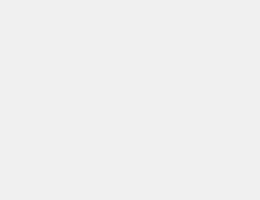 HOW TO GET HERE

Flying to Phu Quoc is the most convenient way to get to the island, with at least 10 daily flights direct from Tan Son Nhat Airport – Ho Chi Minh City (Saigon) and the capital city of Hanoi. Flight time is approx 40minutes and cost at time of ...

There are so many wild idyllic beaches on Phu Quoc Island that you will find amongst them a good selection on which to enjoy your holiday. While they all pretty much have white sands, calm seas and warm waters, there are also lots of variations to ...

Phu Quoc Island offers some interesting shopping options for people fond to spend some money or buy some souvenirs while on holiday. The best shopping experiences can be found around the local markets in Duong Dong and An Thoi towns, however we have ...

Banking services on the Phu Quoc Island are concentrated in Duong Dong Town, providing comprehensive services that include cashing of travellers cheques, currency exchange and ATM machines that are compatible with most international cards ...

JOHN'S TOURS is a certified SAFE TOUR OPERATOR with standard Phu Quoc tours. We honor to be one of four travel agencies that meet the standards in the first pilot phase to welcome international visitors.